►Christopher Lee Donovan shows a complexity and sophistication in his work that rivals artist's decades his senior. Living in Boston Massachusetts, Donovan works with a variety of mediums, including traditional film and digital methods, to manipulate his work into what is sometimes bizarre, sometimes disturbing, and always quite beautiful. 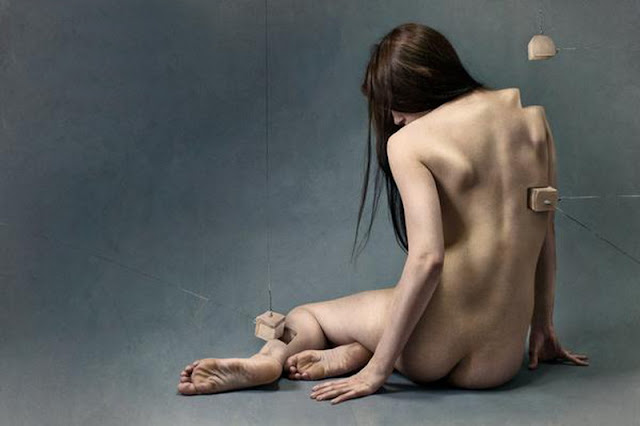 My artwork has been described as 'quietly complex', 'eerily peaceful' and 'wicked fucking creepy' ..and so have I. I enjoy creating music related art, especially for CD jackets and hope that this is the direction my career will take. 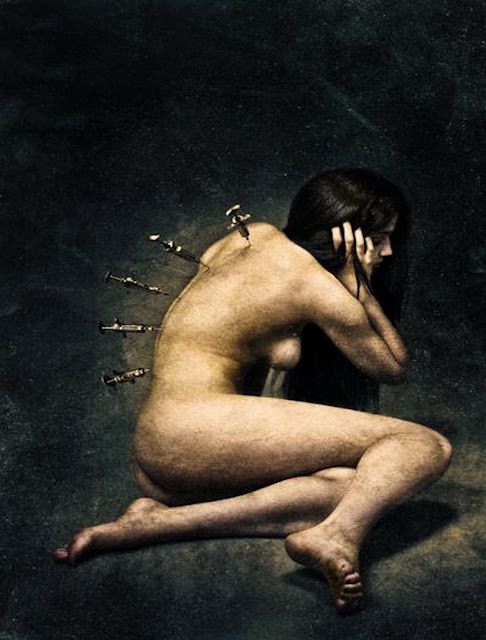 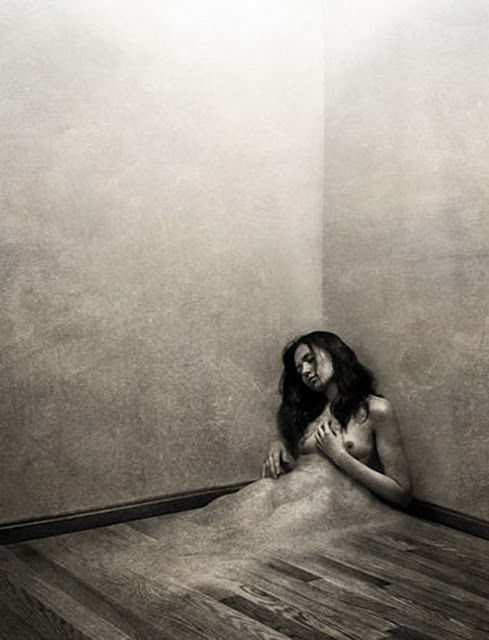 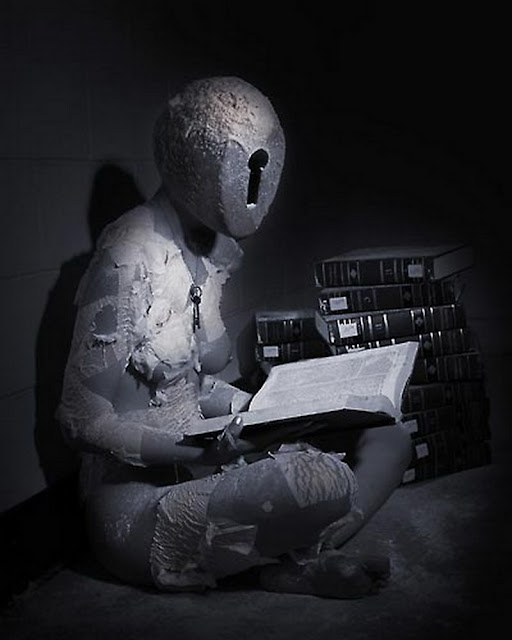 I've recently been trying to juggle the work that pays the bills with the work that I love and it's been an experience to say the least. There are many plans in the works right now for future-maybes: Priority one is teaching. I've been teaching classes at the Community Darkroom in Rochester, NY and I love it. I need to sort out how I'm going to get from teaching for a non-profit to something that can pay the bills. Aside from that, it is very satisfying work. I'm teaching Photoshop on 5 e-Macs. Macs are bad enough- an e-Mac is the equivalent of a Mac with "special needs". Then there is Circuit City, which pays the bills. I talk about digital cameras all day to peoples- it's time reasonably well spent. It's actually quite similar to teaching- just with the added pressure of convincing my students to open their wallets and spend, spend, spend! Did I mention our extended warranty? 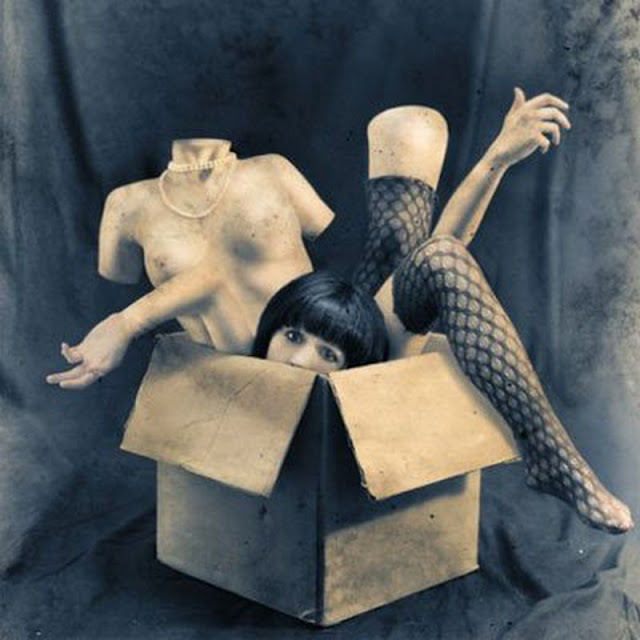 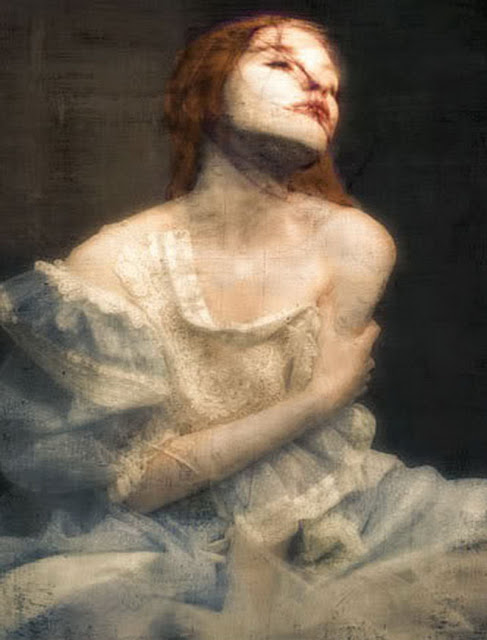 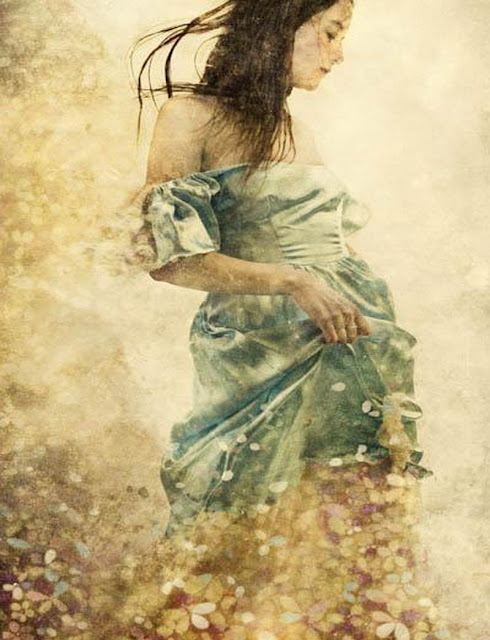 As for specific art projects coming up- I'm backing off from big projects. Billy Atlas remains unfinished. I've been working on new pages- expect to see them soon. But it has been the most difficult endeavor of my artistic career. I don't think I'm suited to these grand scale works. I'm young, my ideas, skills, and perception of the world changes day by day- my opinions of the project change in the middle of working on it. Maybe when I'm old, stale and set in my ways I'll be able to commit this sort of work :) " 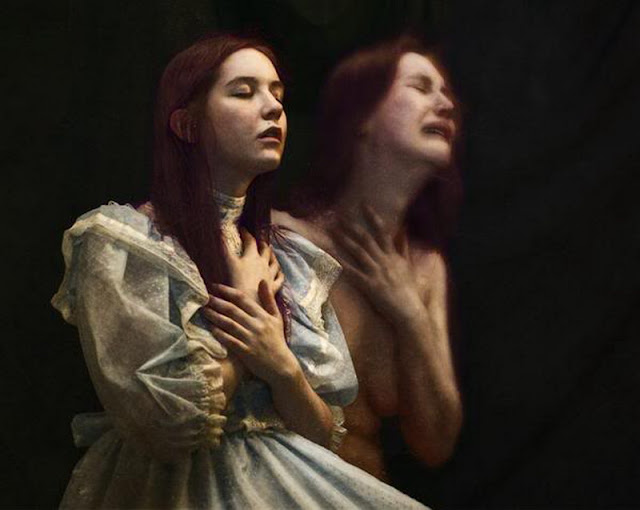 ►A mental disorder characterized by systematized delusions and the projection of personal conflicts, which are ascribed to the supposed hostility of others, sometimes progressing to disturbances of consciousness and aggressive acts believed to be performed in self-defense or as a mission... Baseless, excessive suspicion of the motives of others... "There will be no order, only chaos."
Video/Graphic/Artworks | Mirjana Milosavljevic
http://www.wix.com/thedivineart/mirjana

►Alex Votsmush lives partly in Russia and partly in Ukraine. This incredibly beautiful kind of watercolor on paper which is full of life, energy, depth, narrative and humor in some cases. It is impossible to fully put down feelings into words. Votsmush’s grip on the medium, mood, subject and overall context in every single piece is mesmerizing making you feel as if it is not painted on paper with a paint brush but with a magical wand. 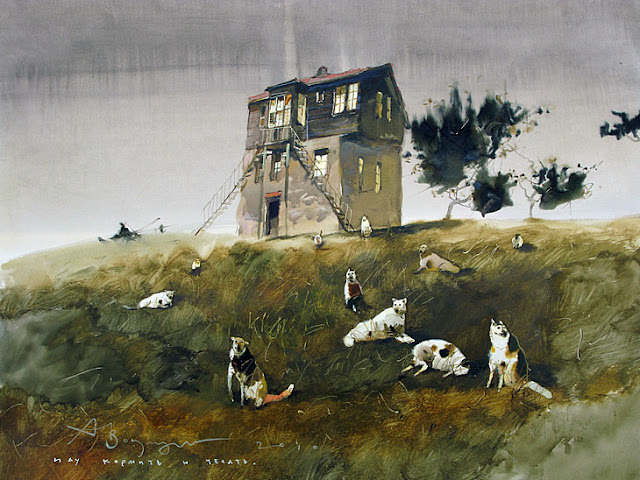 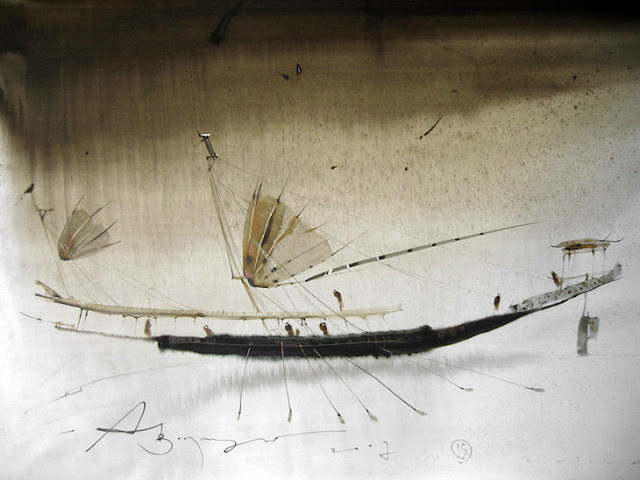 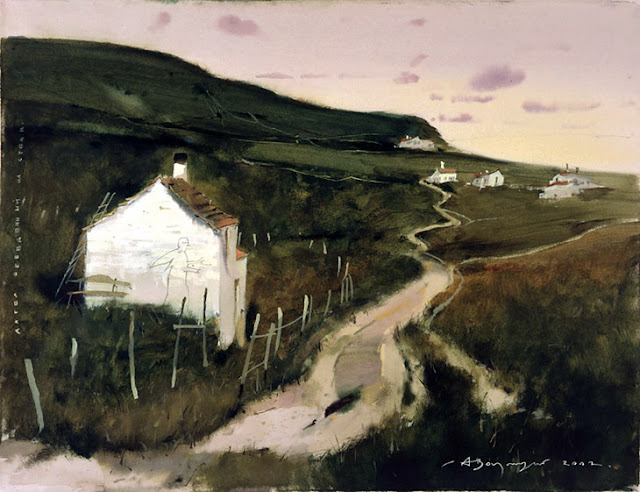 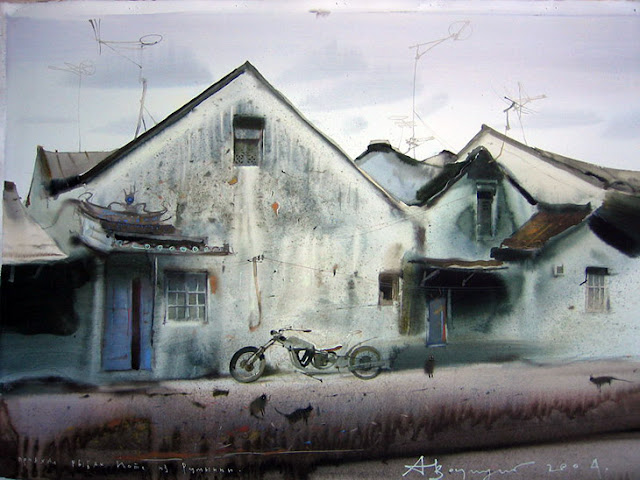 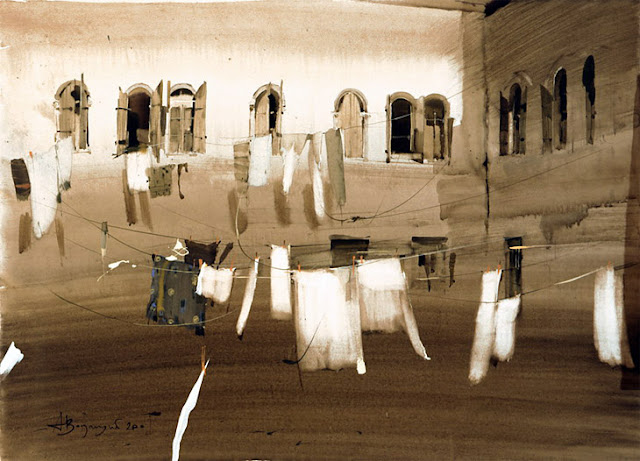 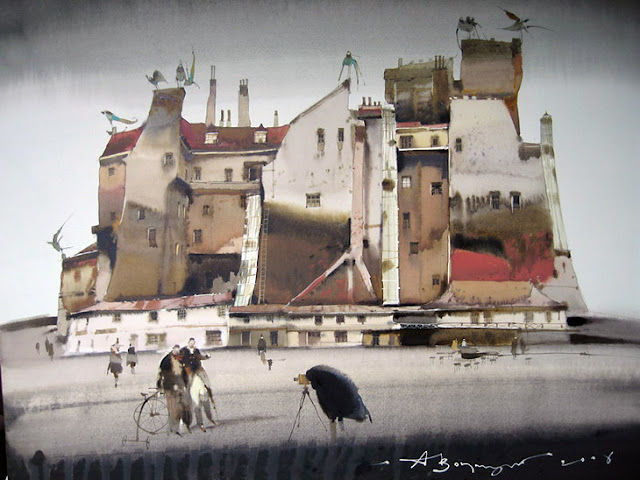 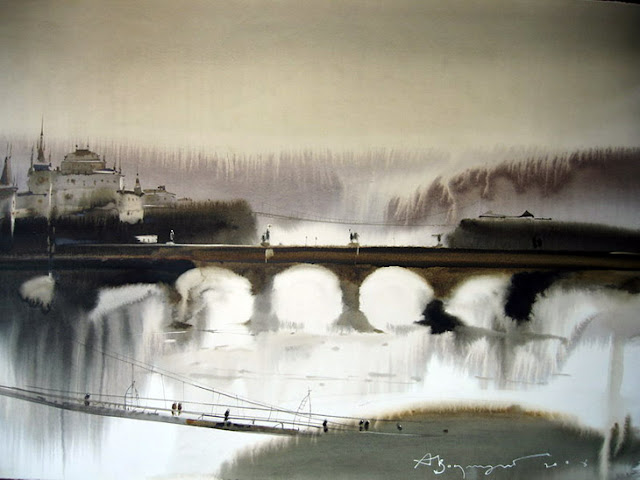 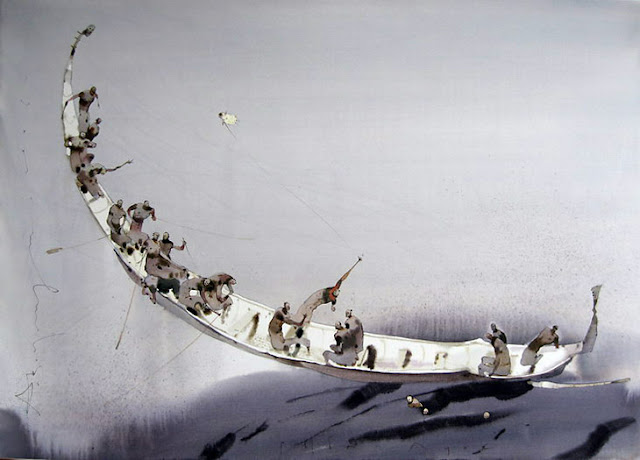 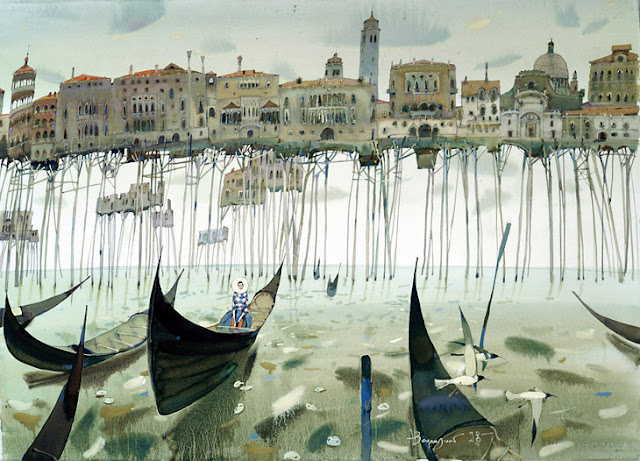 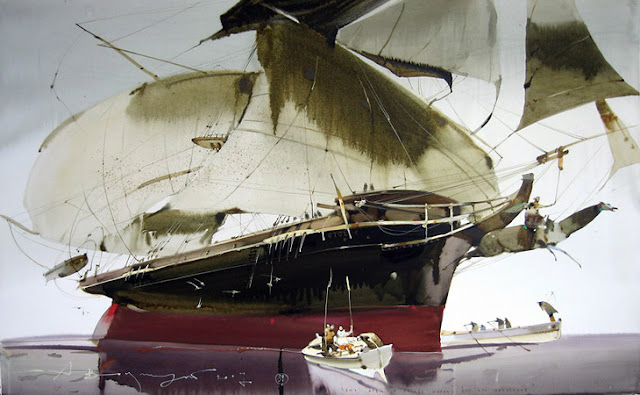 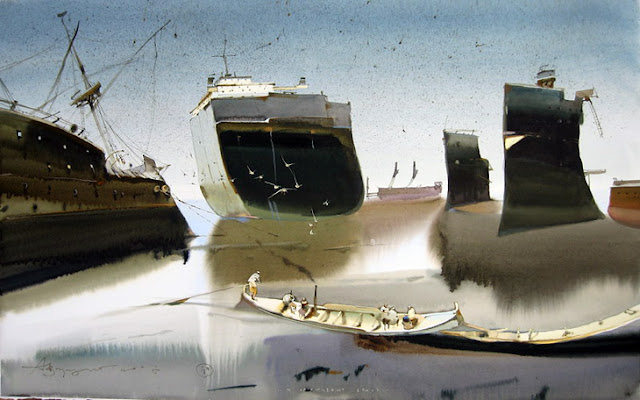 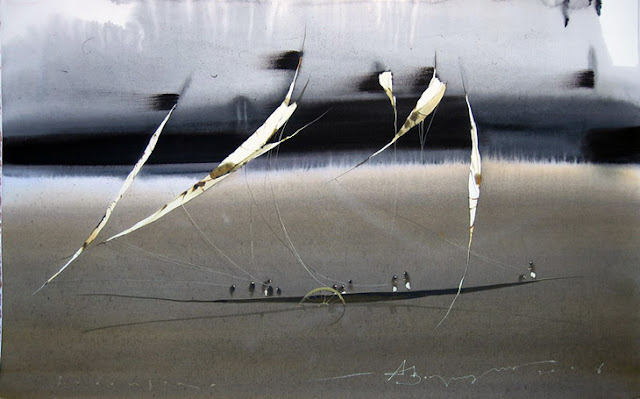 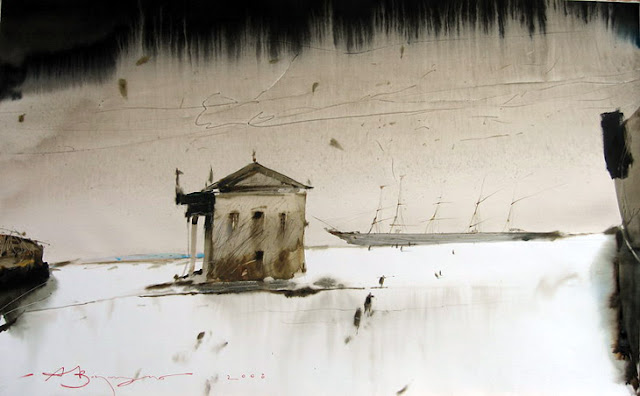 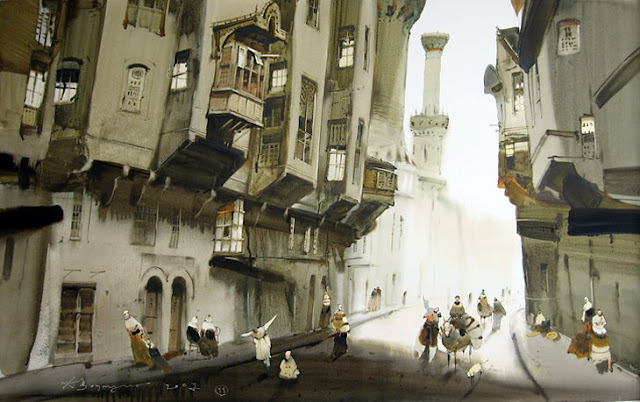