This impressive statue is located at the end of the Long Walk in Windsor Great Park, Berkshire, England. The Long Walk runs around 3 miles (5km) from the Windsor Castle ending at Snow Hill where The Copper Horse statue is located. The spot provides an excellent view back to the Castle and surrounding areas. The park which served as a private hunting ground of Windsor Castle for many centuries is largely open to public now and an attraction for photographers like me.
Unlike my previous morning photography walk, this was late afternoon/early evening and the statue of George III appeared to be making some sort of statement in front of the setting sun.

The statue, commissioned by George IV, bears an ironic inscription: ‘the best of fathers’ in Latin. Like so many father-son relationships in the Hanoverian family, George III and George IV were known to have despised one another. 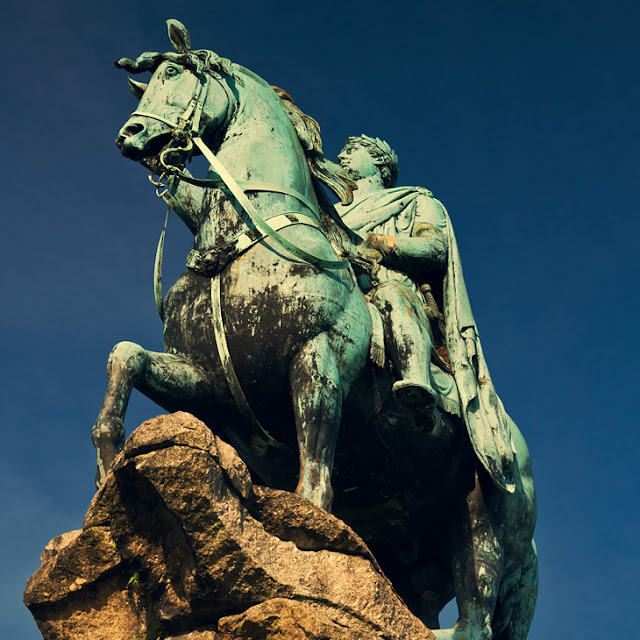 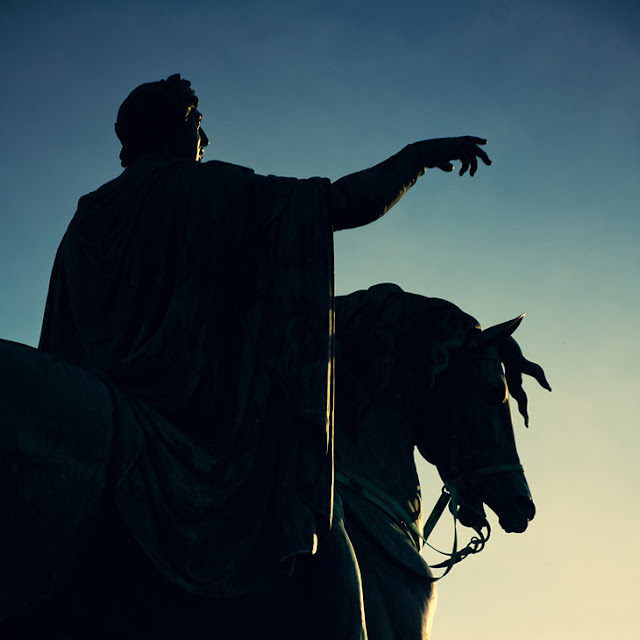 Raised in Maryland, Nicholas moved to Los Angeles in 2004 and attended Art Center College of Design. Since graduating Nicholas has worked for a number of commercial and editorial clients while also working on personal projects. His most recent work focuses on form and volume. 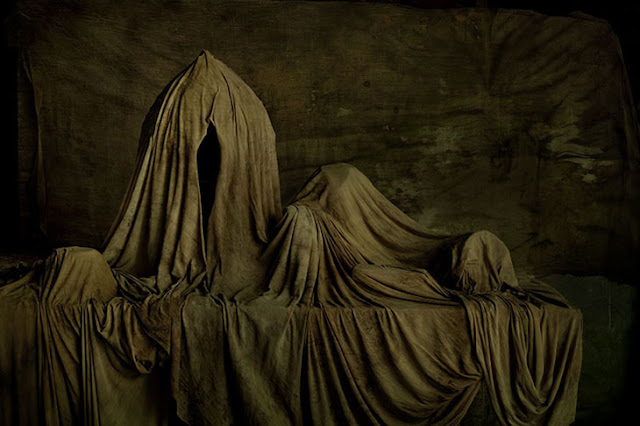 ►Luca Pierro was born in Cantù (Italy) in 1978. At the age of thirteen he got his first camera, a Polaroid, and falls in love with photography and art in general, under the influence of parents and, in particular the mother, a painter.
At the age of sixteen test the first experiments in the darkroom. Captured images come alive with the first SLR, a Pentax ME Super, “stolen” to his father. At nineteen he moved to Rome to undertake university studies. During this period, while continuing to love photography, he devoted himself to music, his other great passion.
In 2009 he won second prize in the photography competition held by Ichnusa on Sardinia.
In 2010 he won first prize at MostraMi in Milan.
He currently lives and works in Cagliari.

The works of Luca Pierro express a micro and macro cosmos where the figure of the artist - who is also the photographer - forcefully enters the scene. The portrait's protagonist is the same photographer.
His shots have the intent to escape the "already seen" to "the already done". He explores new and unspoiled paths, from the point of origin of man himself, with the use of natural elements such as: flour, land, water, clay and so on.
All elements that lead back to "Mother Earth". For the artist is important the traceability of the material used to leave on the surfaces portrayed.
The body becomes the vehicle of expression. The artist undermines the concept of traditional portrait (beautiful) to introduce viewers to new dynamics.
Offers us portraits full of meanings, sometimes with a strong provocation. Some of them put us in touch with the contemporary research in experimental theater. So the artist is able to establish with the viewer an involvement immediate and spontaneous.
"His image, his body, they become expressive material," we see the real "Metamorphosis", with which he conveys his art.
The colors used are essential. The careful study of light evokes her strong spirituality.
Represents a new and exciting proposal, a new study, which began long ago, the ancient land to the tensions raised by modern man, immersed in a in a culture dominated by technology.
"Luca uses natural substances such as water, flour, talcum powder or sugar to create artificial images, creating unique works of art. As a surrealist painting, the works of this extraordinary self-taught artist certainly deserve to be discovered."
Artist's Statement...
"The people who see my work think they are photoshoped. Actually, they are not. I try to reach the effects, textures and lights with the least amount of manipulation as possible so I use a lot of materials like flour, milk, water and other. For the lighting, I usually use a single flash with an umbrella reflector.
The intention is to express a micro and macro cosmos where the figure of the artist can forcefully enter onto the scene. My figure represents a man, "the man," involved with materials. All the elements that can lead back to "Mother Earth." In this way, the body becomes the vehicle of expression. The traceability of the material used on the body surface is important for me. Equally important are the light and dark. The contrast between these two elements evokes the struggle between life and death.
My first inspiration was my mother. Thanks to her, I learned to appreciate painting and art. I do not have a specific artistic reference. Rather, I try to be attracted by what I see and to elaborate it in my inner world. I remain, however, always fascinated by the work of some great artists. I love the use of light in Caravaggio, the reinterpretation of the real in Magritte, and the human despair in Bruegel.
I have no advice to give. I can only say what is right for me. Try to figure out what you have inside. All images, colors, emotions are already inside of us because they are part of our human nature. The trick is to find a way to release this inner world." 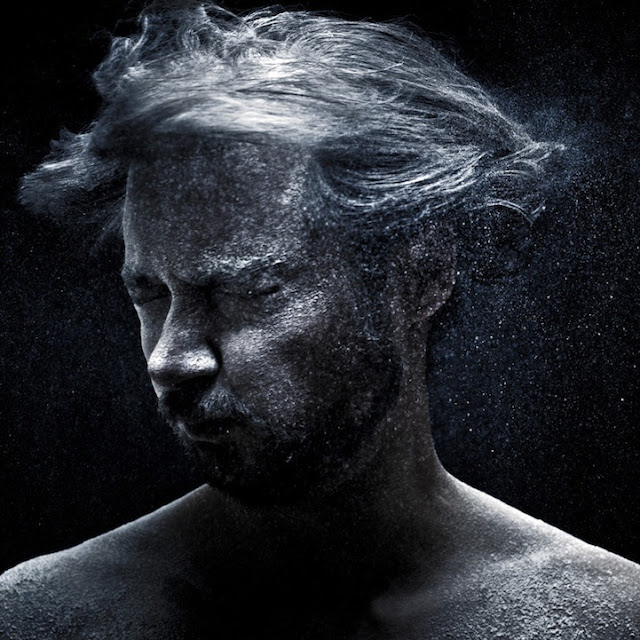 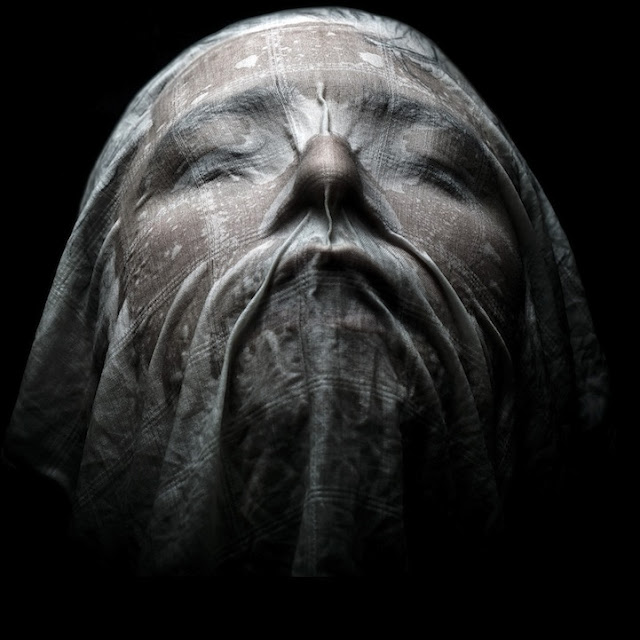 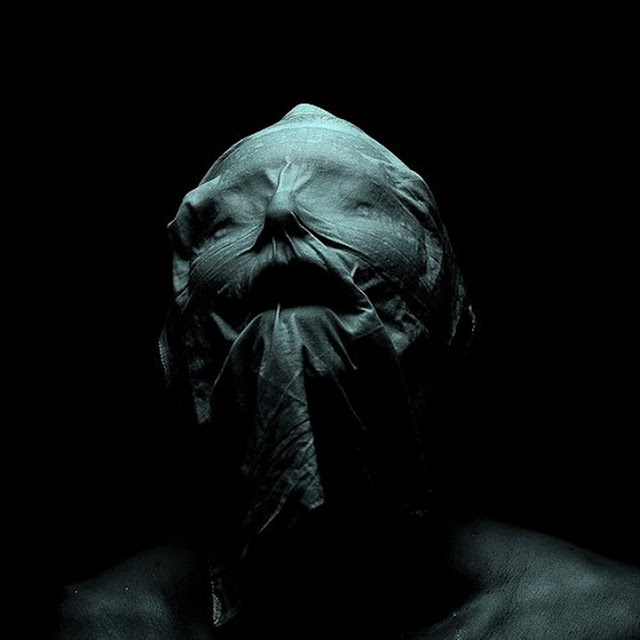 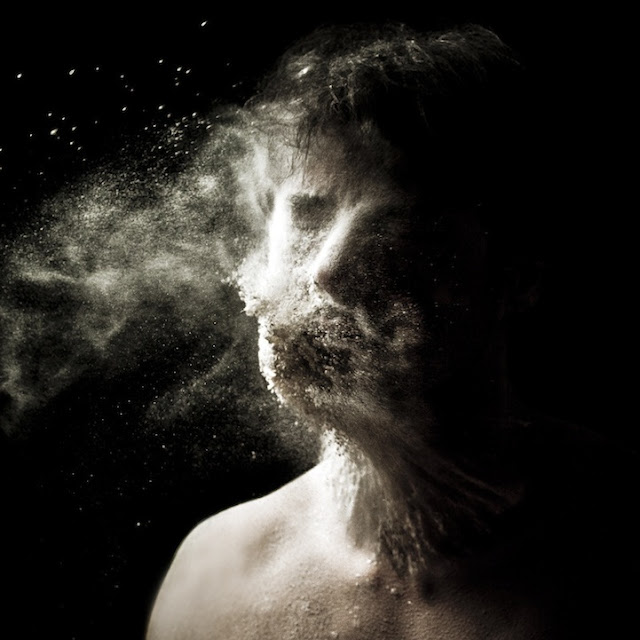 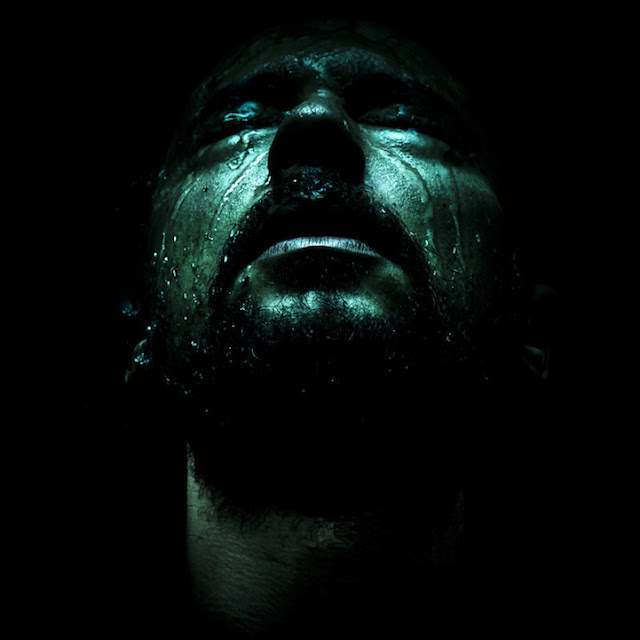 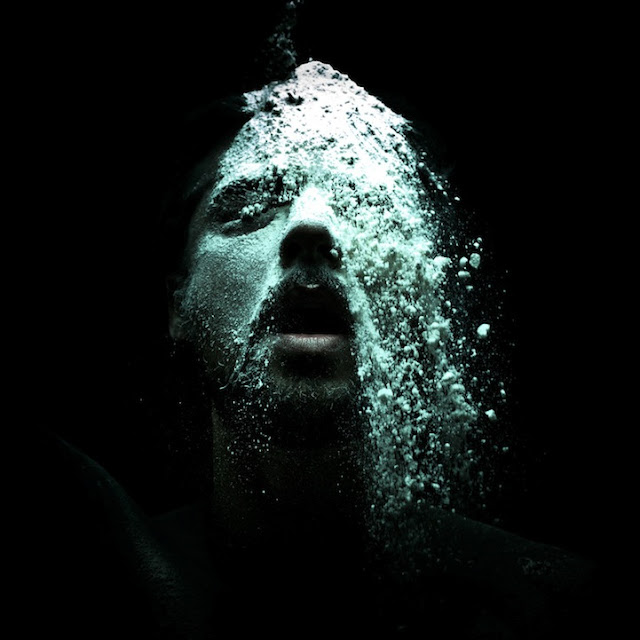 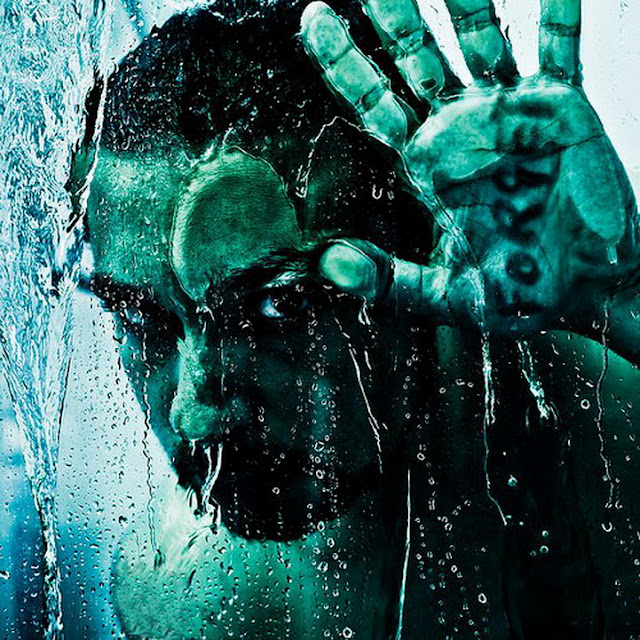 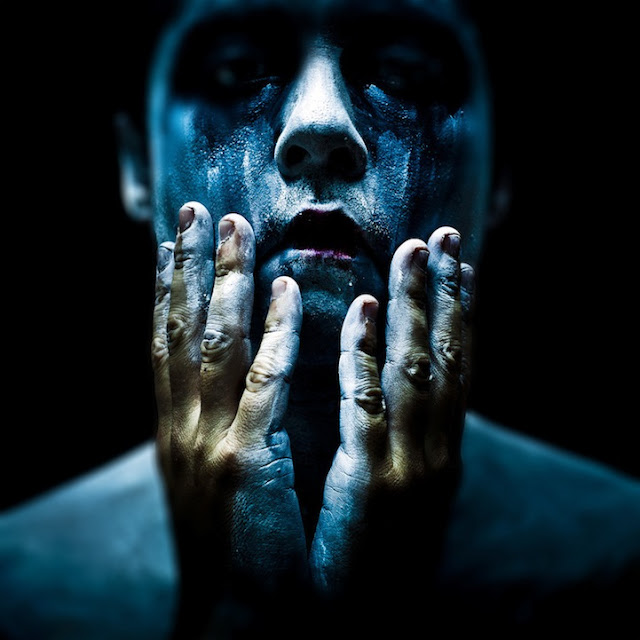 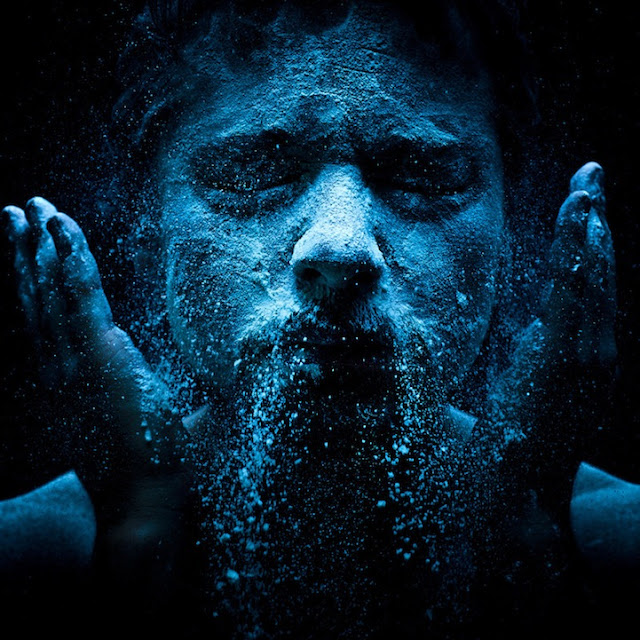 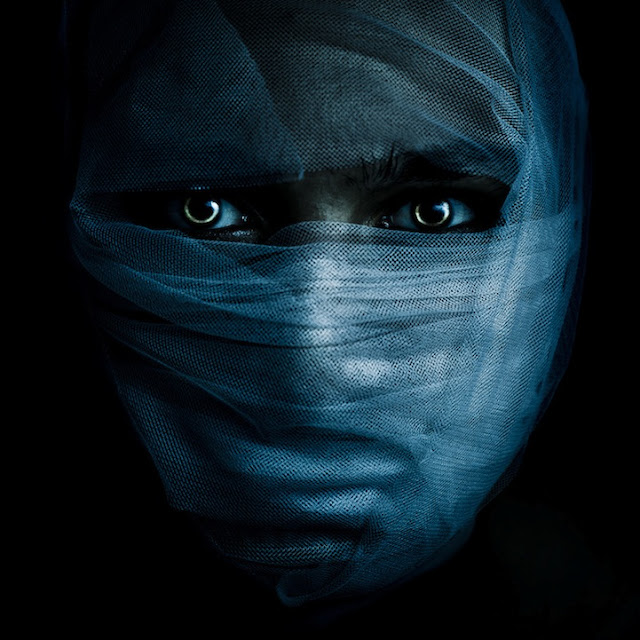 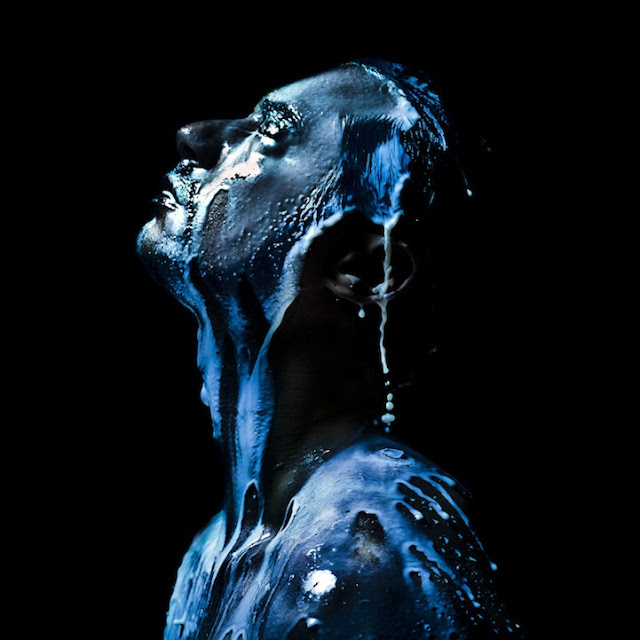 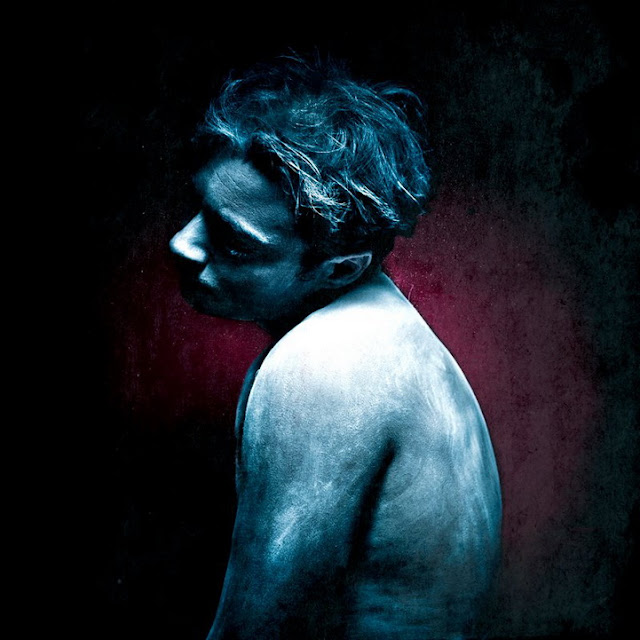 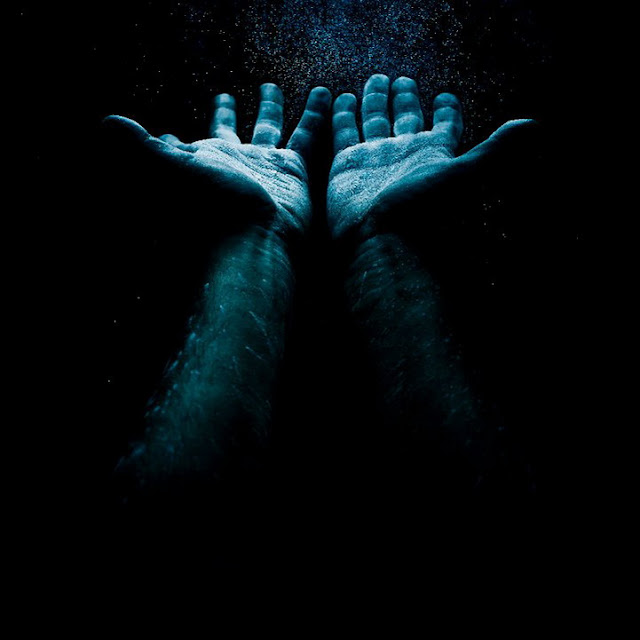 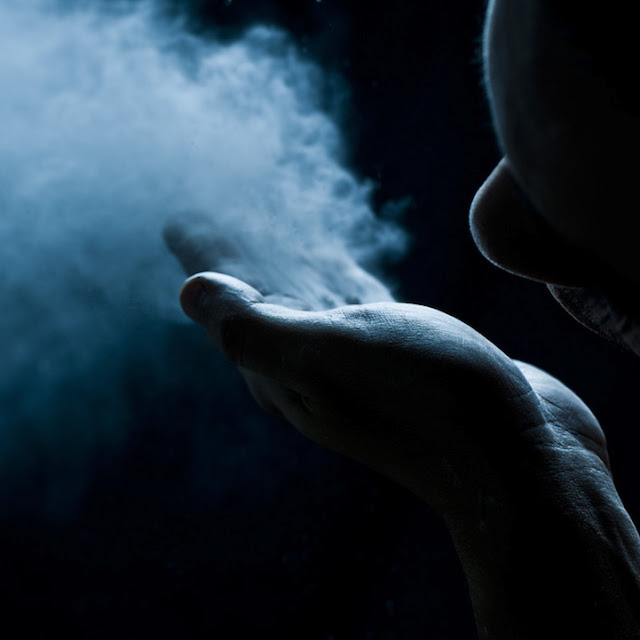 ►William George Wadman is an American portrait photographer. His work tends towards intimate traditional portraiture in both environmental and studio settings. He shoots in all formats and in both film and digital. He has been a contributor to TIME magazine, BusinessWeek, Improper Bostonian, POZ, among others. His images have been featured worldwide in The New York Times, La Monde, Der Spiegel, Times of London, USA Today, and Corriere della Sera.Wadman worked as an art director for major brands including Colgate, Sprint, Clairol, RCA, and Xerox. After almost a decade in advertising he turned his attention to photography.'Motion', featured here, is a series of long exposure studies of human motion shot in the studio. 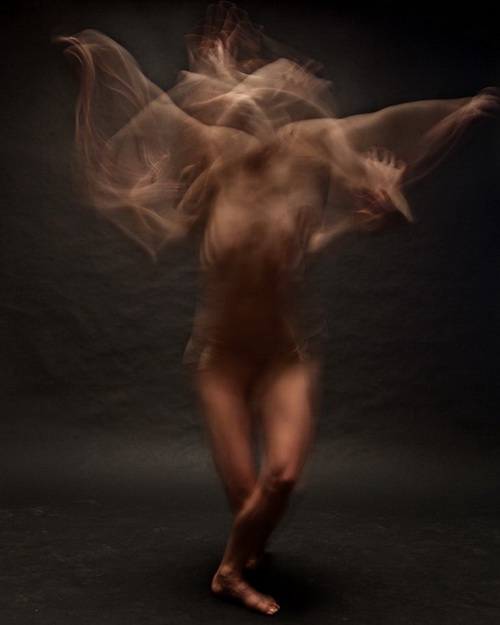 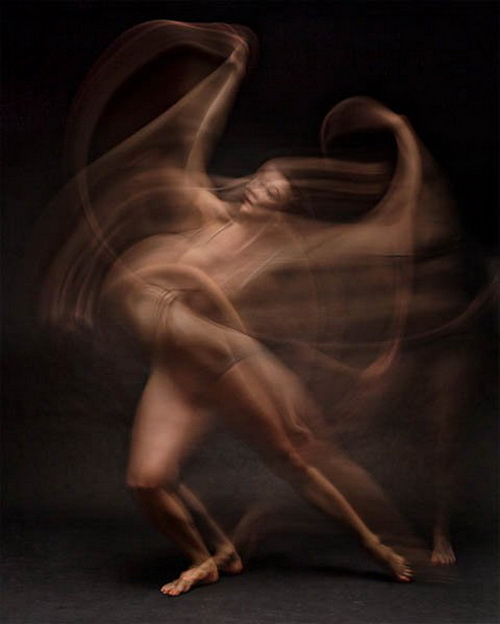 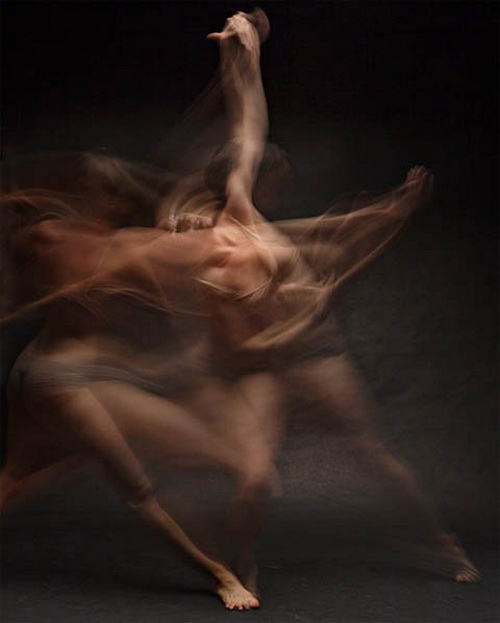 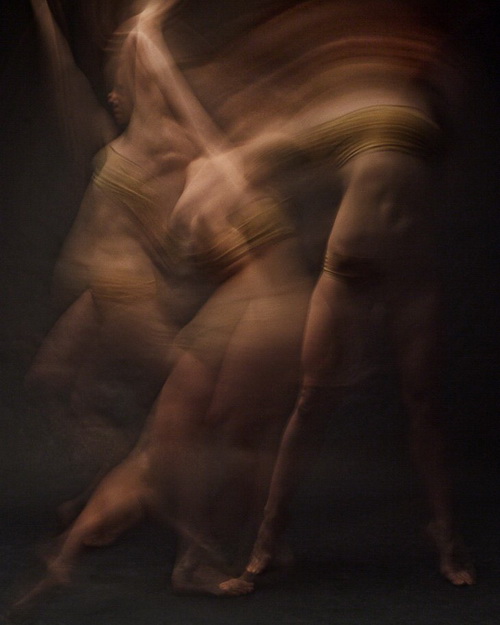 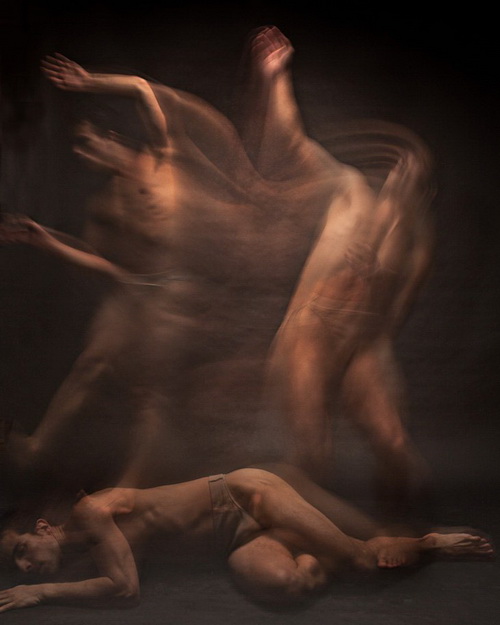 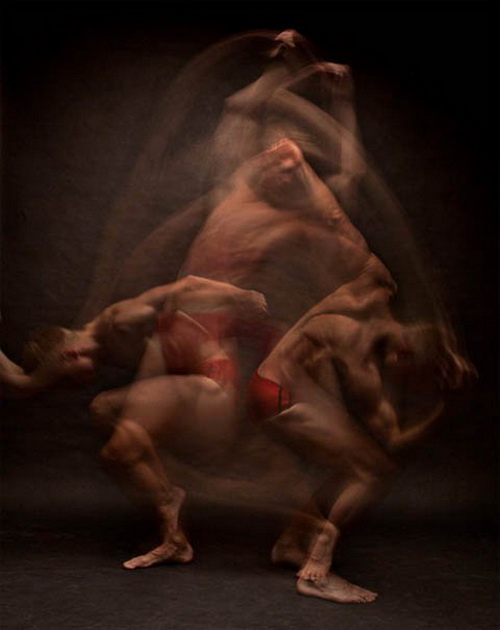 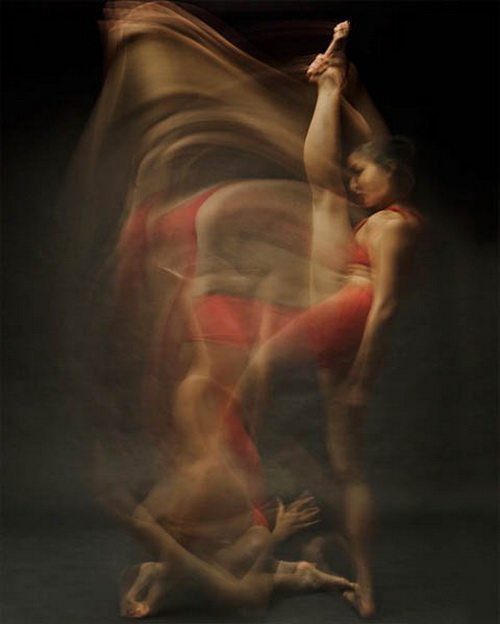 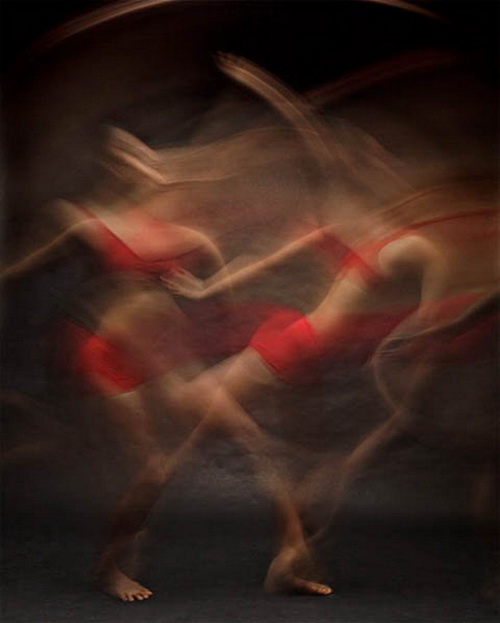 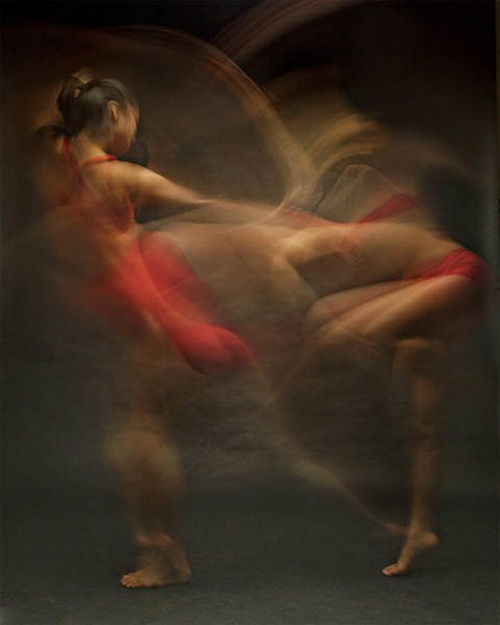 Posted by Mirjana Milosavljević at 8:44 AM 0 comments

►The Arctic Light by TSO - LivingDesign

The Arctic Light by TSO | LivingDesign

"This was filmed between 29th April and 10th May 2011 in the Arctic, on the archipelago Lofoten in Norway.
My favorite natural phenomenon is one I do not even know the name of, even after talking to meteorologists and astrophysicists I am none the wiser. What I am talking about I have decided to call The Arctic Light and it is a natural phenomenon occurring 2-4 weeks before you can see the Midnight Sun.
The Sunset and Sunrise are connected in one magnificent show of color and light lasting from 8 to 12 hours. The sun is barely going below the horizon before coming up again. This is the most colorful light that I know, and the main reason I have been going up there for the last 4 years, at the exact
same time of year, to photograph. Based on previous experience, I knew this was going to be a very
difficult trip. Having lost a couple of cameras and some other equipment up there before, it was crucial to bring an extra set of everything. I also made sure I had plenty of time in case something went wrong. If you can imagine roping down mountain cliffs, or jumping around on slippery rocks covered in seaweed with 2 tripods, a rail, a controller, camera, lenses, filters and rigging for 4-5 hour long sequences at a time, and then having to calculate the rise and fall of the tides in order to capture the essence – it all proved bit of a challenge.
And almost as if planned, the trip would turn out to become very difficult indeed. I had numerous setbacks including: airline lost my luggage, struggling to swim ashore after falling into the Arctic sea: twice, breaking lenses, filters, tripod, computer, losing the whole dolly rig and controller into the sea, and even falling off a rather tall rock and ending up in the hospital. As much as I wanted to give up, the best way out is always "Through". I am glad I stuck it through though because there were some amazing sunrises waiting. At 1:06 you see a single scene from day to night to day."

Posted by Mirjana Milosavljević at 10:51 AM 0 comments